Chicken Shit Bingo and other fun things I did in Austin, Texas 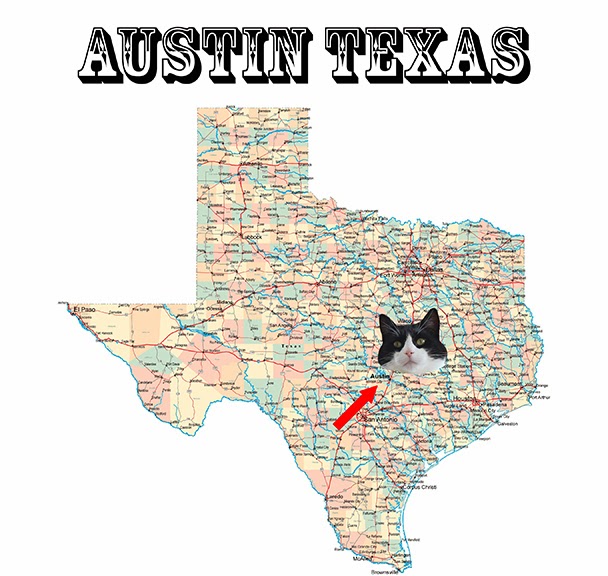 Austin to me was like stepping back in time to the 1950's. I found it very retro, funky, cool, and still very Texas with their southern hospitality. We enjoyed a long weekend with friends and here's what we did!

I couldn't save the best for last. This was the absolute highlight of Austin. Dive bar, $2 Longhorn beers, a chicken name Stella, Ginny Dogs, the infamous country singer Dale Watson, equals the best Sunday of all time.

We arrived at Ginny's Little Longhorn Saloon early to get a good seat. Slowly the crowd rolled in. Old timers, weekly patrons, and newcomers filed in to get a glimpse of Chicken Shit Bingo. Starting at 4pm, Dale Watson plays some old honky tonk to get the crowd dancing.  After selling out all of the bingo tickets, sweet ol Ginny brings in Stella the chicken. In the rear of the bar on a pool table is a large bingo card enclosed with a chicken fence. Everyone gathers around, snapping photos, and waiting for that magical moment when Stella takes a shit. It doesn't take that hen long and the crowd goes crazy. Honestly, if I were Stella and all those people were hootin' and hollerin', I'd crap my pants too! Lucky number 34 is awarded $114. Tradition is to use that money to buy everyone a round of $2 Longhorn beers. Unfortunately this was her first rodeo and she gave the money to her mom for her birthday. 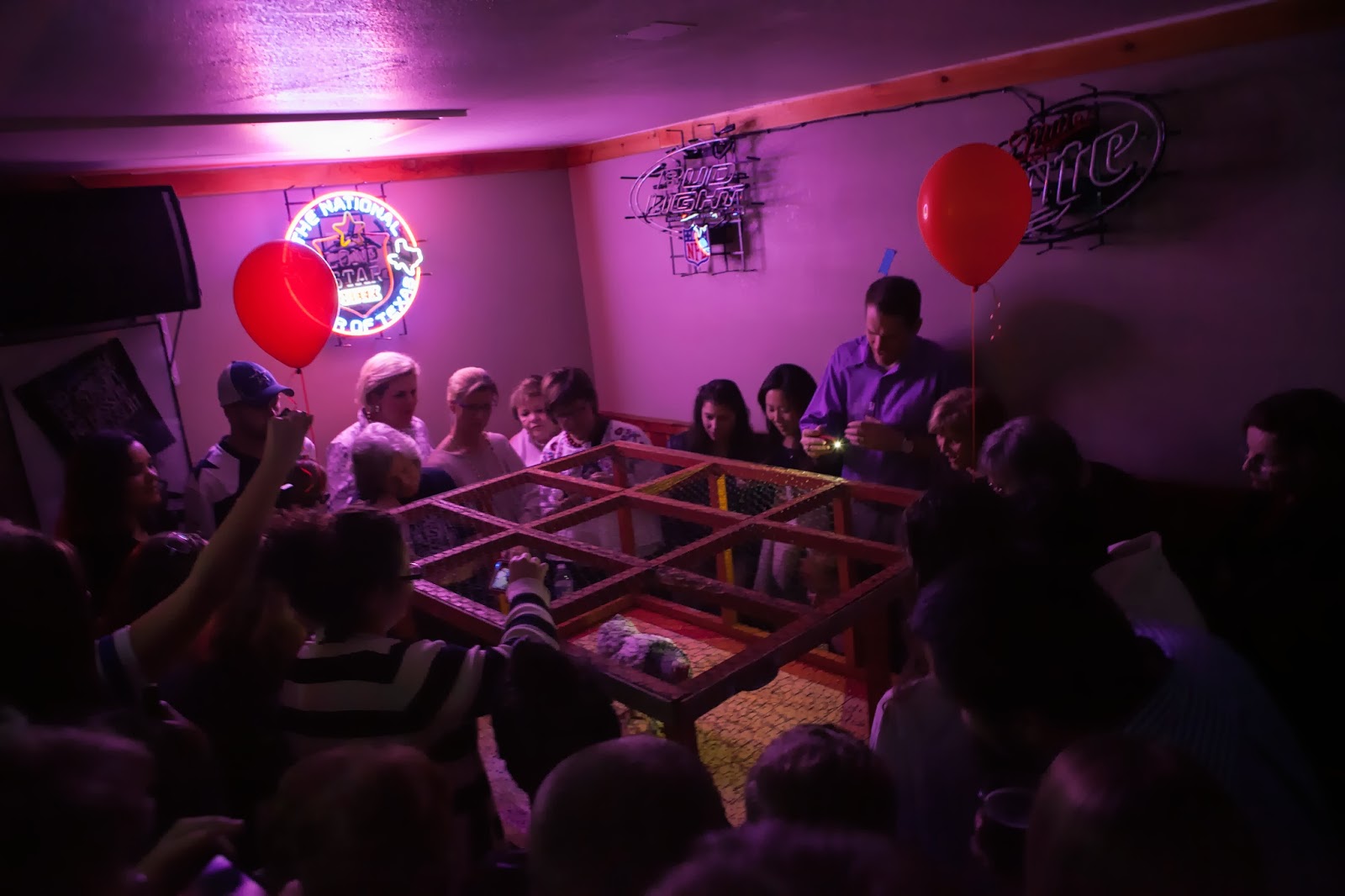 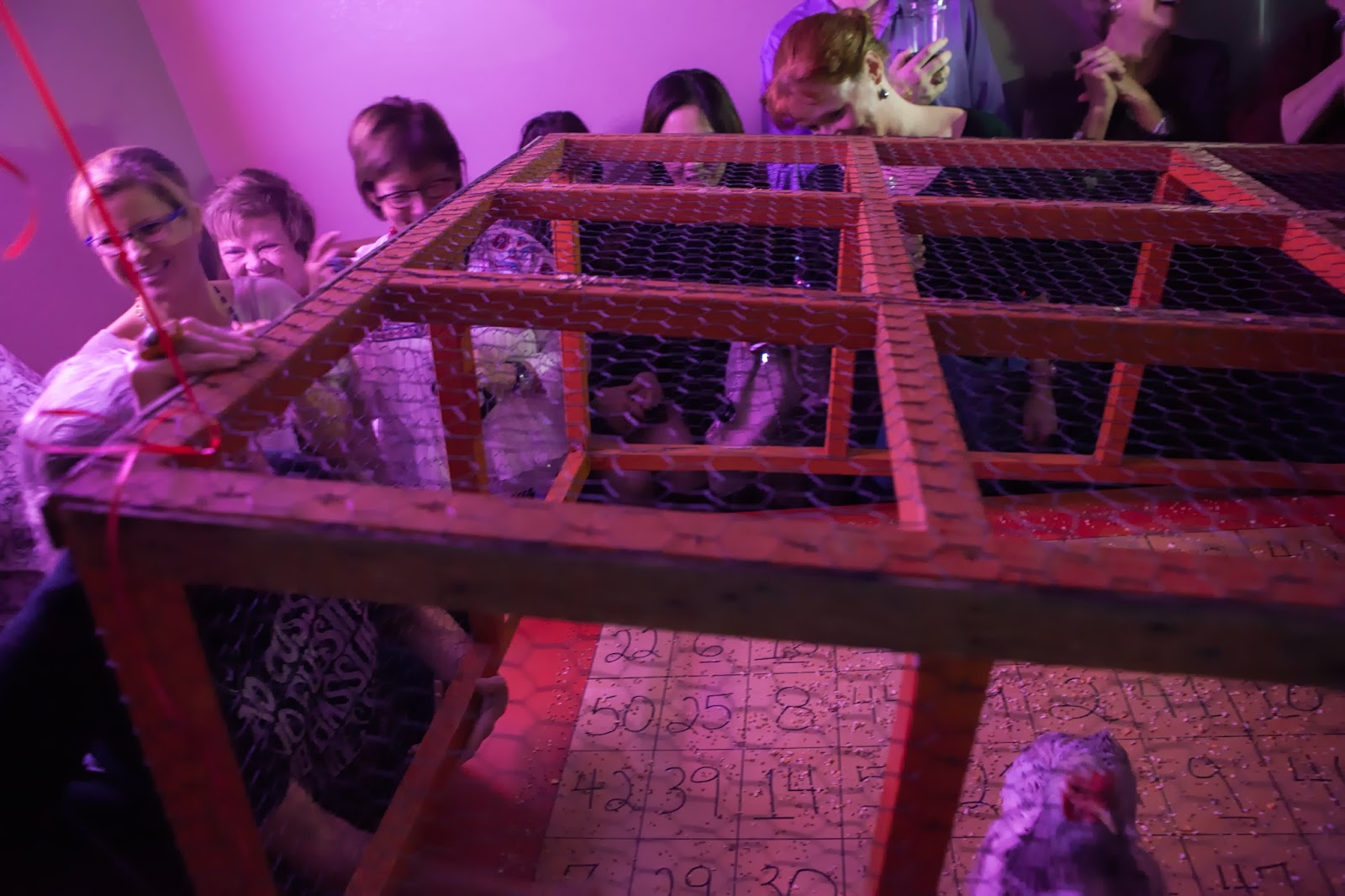 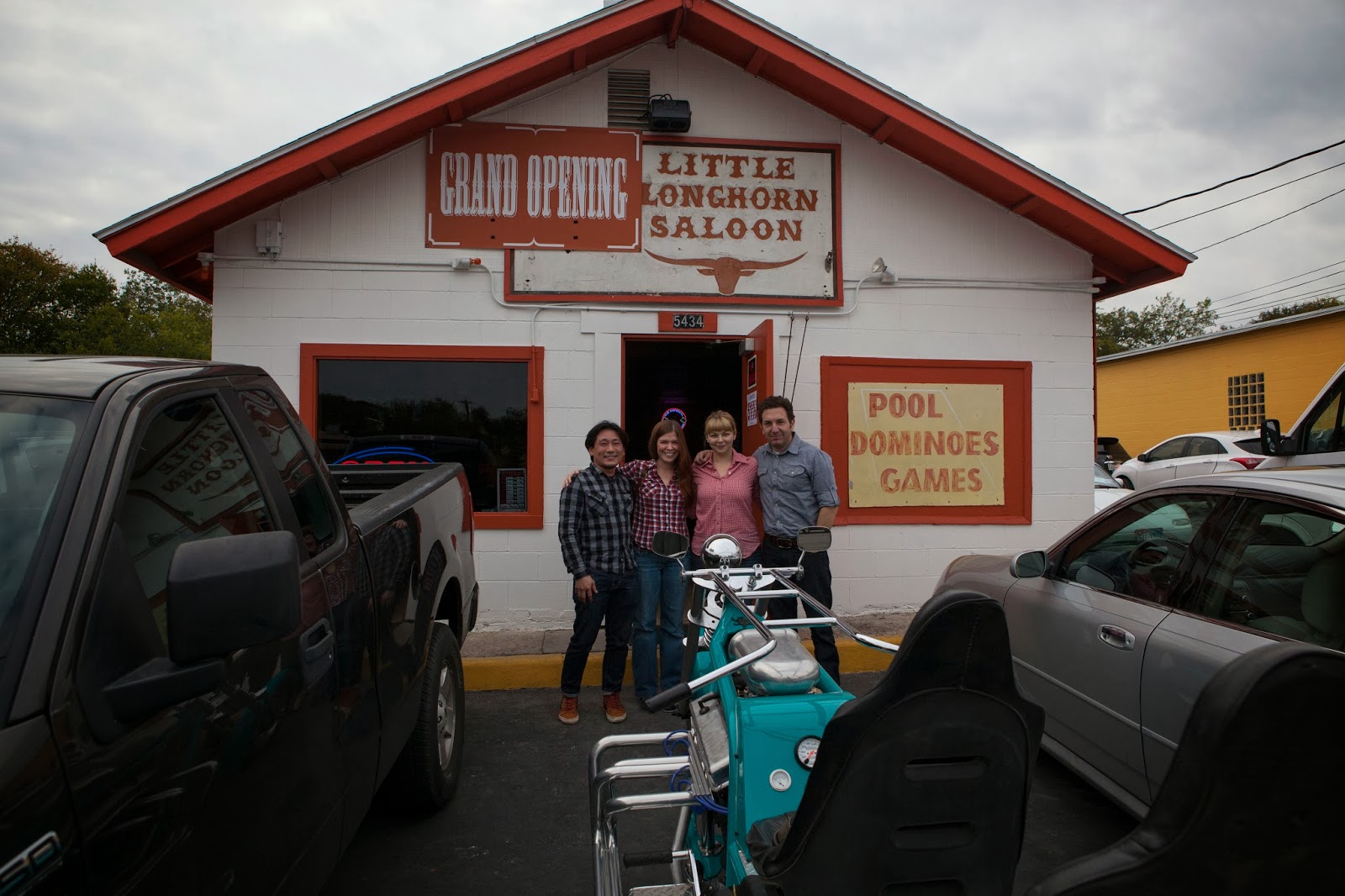 We got the dress code memo

Oh My God, What Is That Noise?

Every night from March to early November, 1.5 MILLION Mexican free-tail bats emerge from underneath the Congress Avenue Bridge. We chose to walk down near the water for our viewing pleasure. As we got closer to the bridge, we could hear this strange chirping echoing from underneath. It's a sound from your nightmares. Slowly as night falls, one...two...three...then 1.5 million bats take flight at around 60+ miles per hour! They are tiny cute little things and so worth seeing! 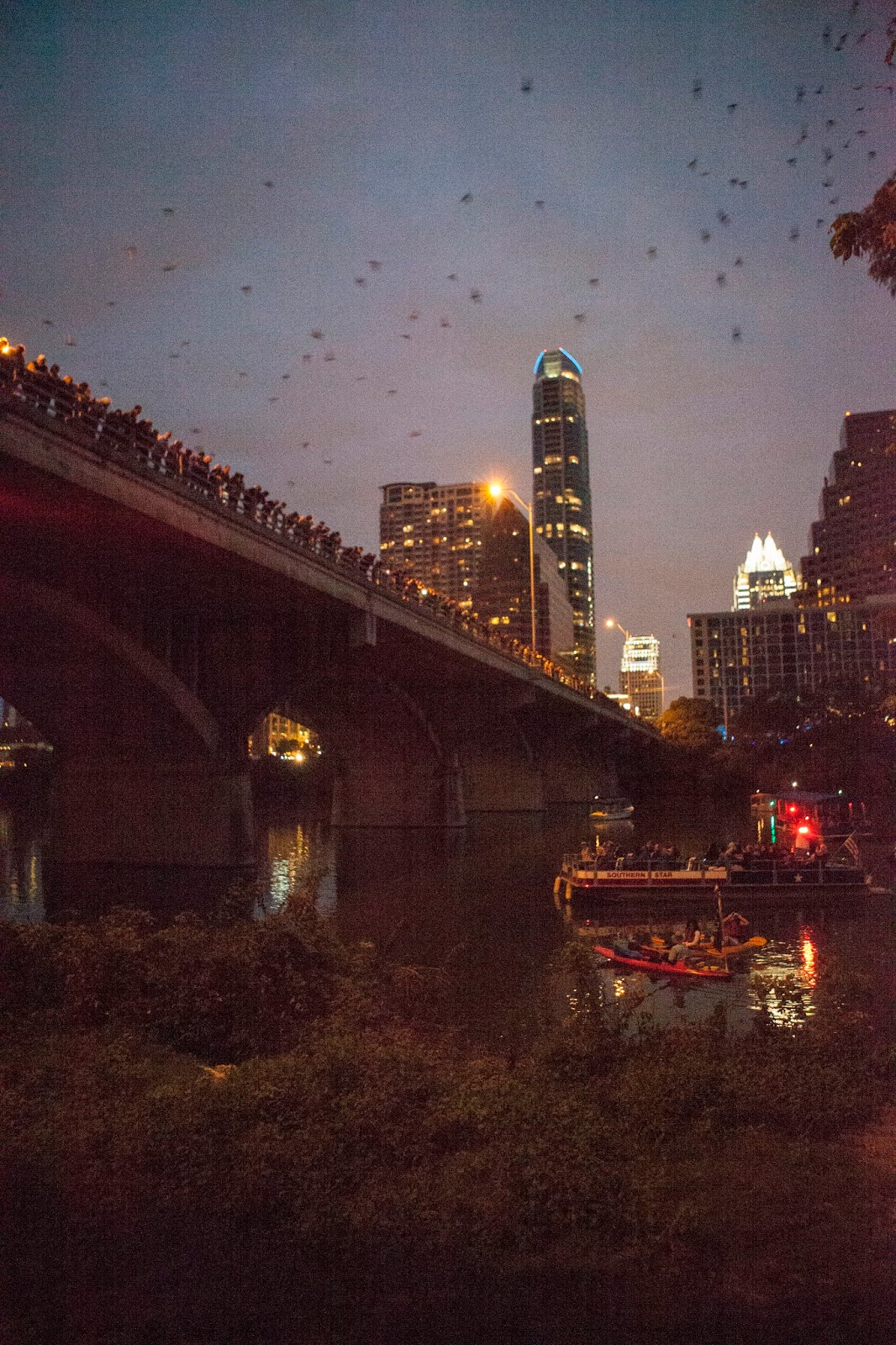 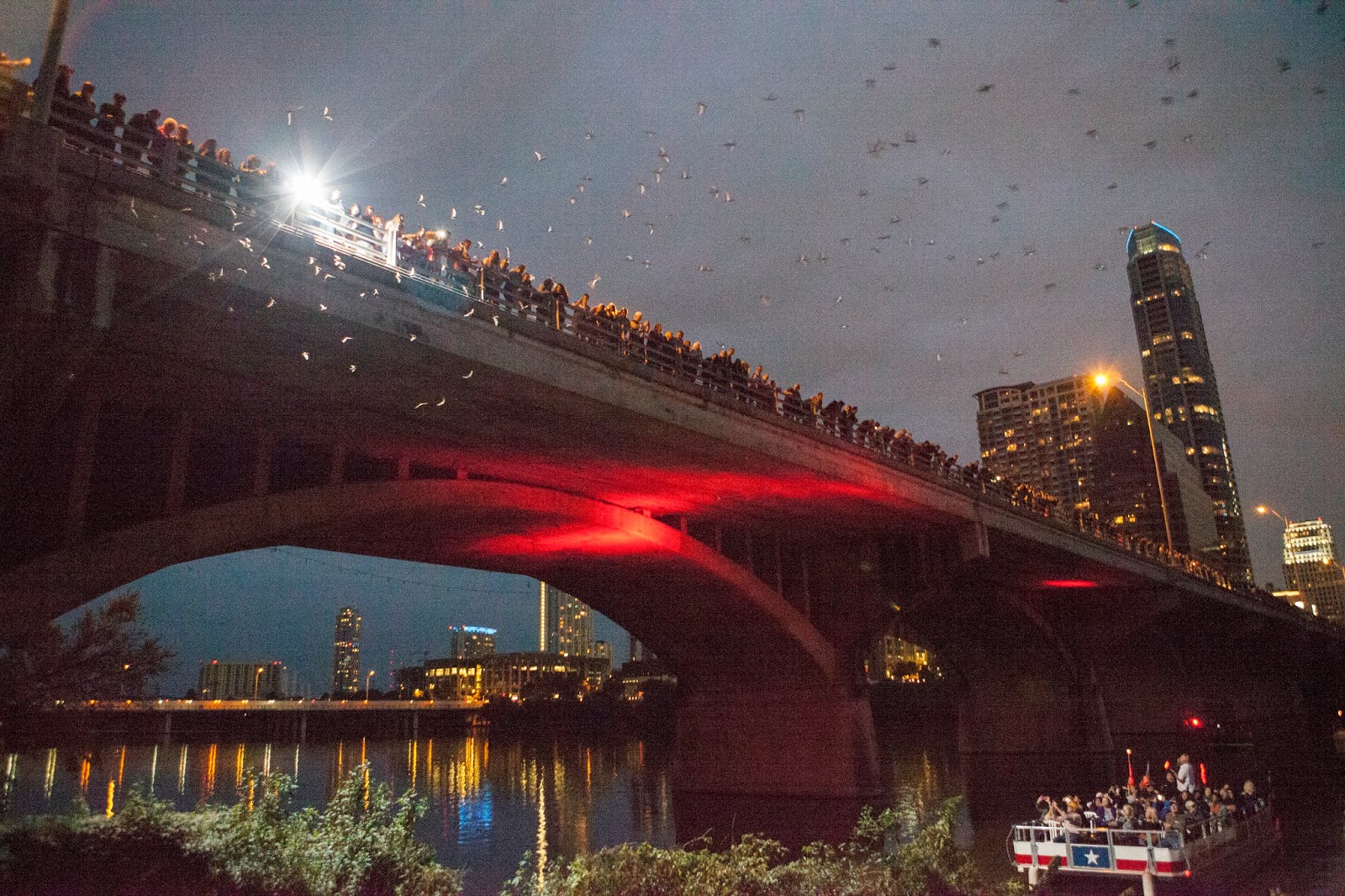 Once Upon A Time There Lived A Food Truck

Austin is known for food trucks, food carts, and food trailers. This is where it all began. You simply cannot drive far without spotting one nestled in a parking lot or an abandoned lot. They are everywhere and offer the best cheap eats! And by cheap eats I mean $3 to $4! The cuisine can vary from taco's, to BBQ, to a vegan bakery, and even Japanese crepes. With over 1,400 trucks, the choices are really endless.

I enjoyed the taco's so much that I wanted to eat them for breakfast, lunch, and dinner! Everytime I was asked what type of food I was hungry for, my answer was always TACO's! These little pieces of heaven were made with a corn tortilla, black beans, sweet potatoes, and siriracha, just to name a memorable one. Some trailers were on the fancy side and some were, well, an old Airstream.

My Austin friends love beer and they know I do as well. Jester King Brewery was the perfect place to take me to. As we drove out of city limits and into Texas Hill Country, I couldn't help but notice the rolling hills and lush trees. Still in Texas? Yup! Pulling into the brewery, we drive down a dirt road and find a distant parking spot in the tall grass. The authentic farmhouse turned brewery is set up on a hill surrounded by people drinking delicious beer sitting on picnic tables, kids playing catch, and dogs lounging in the grass enjoying the day. This is Texas and I love it! You can grab a glass, walk around the huge property, explore the tasting room, and eat pizza. 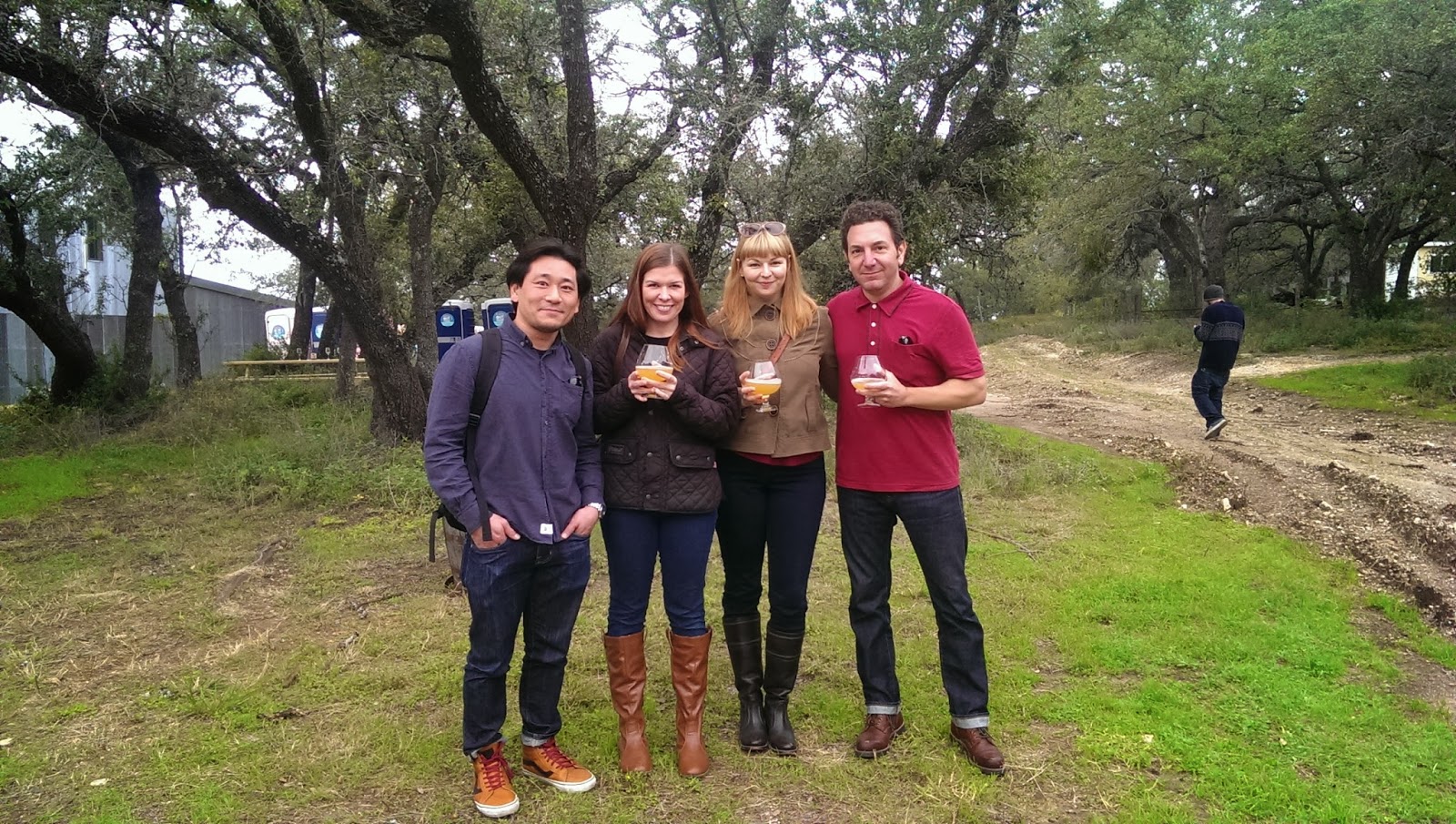 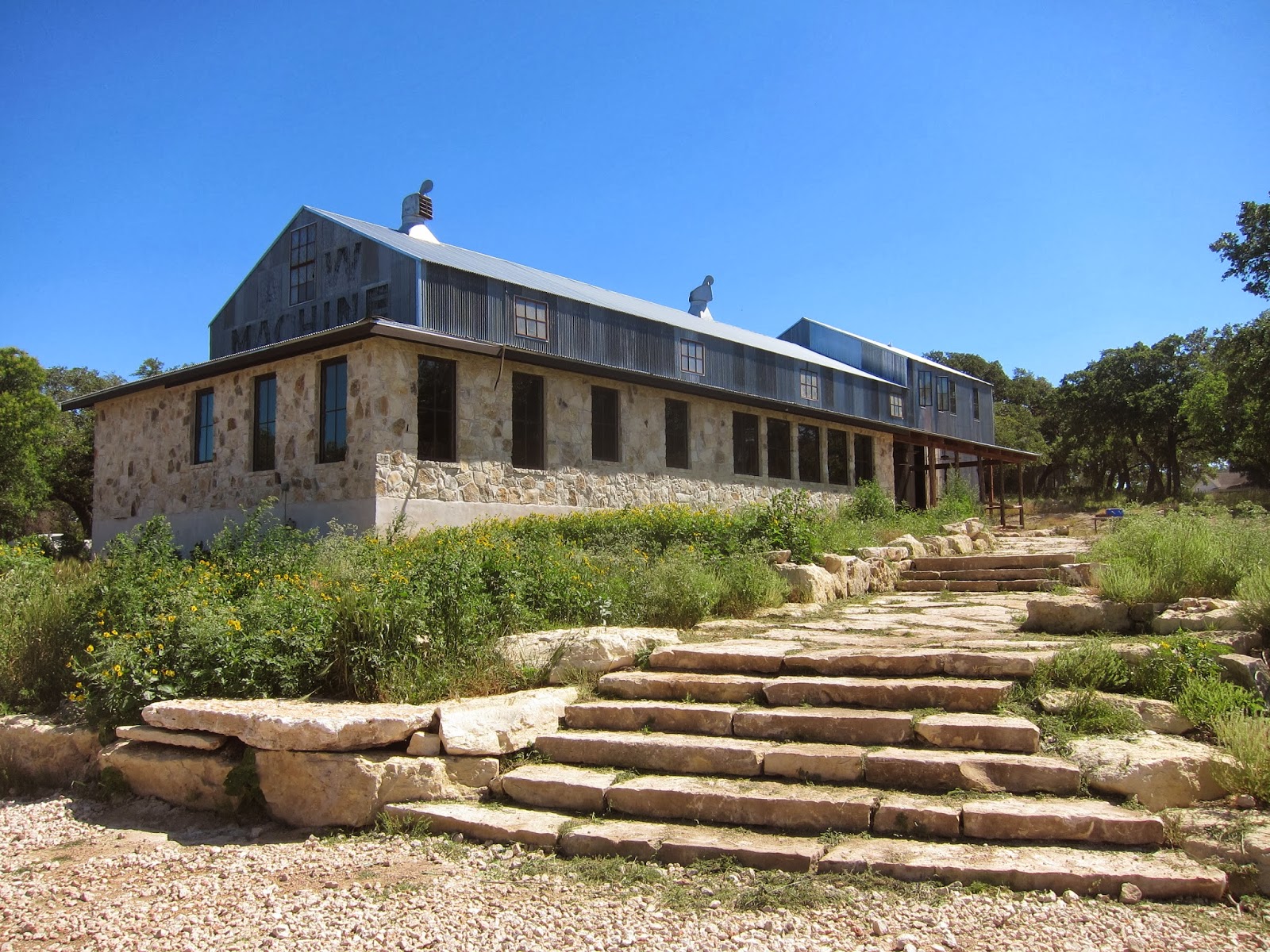